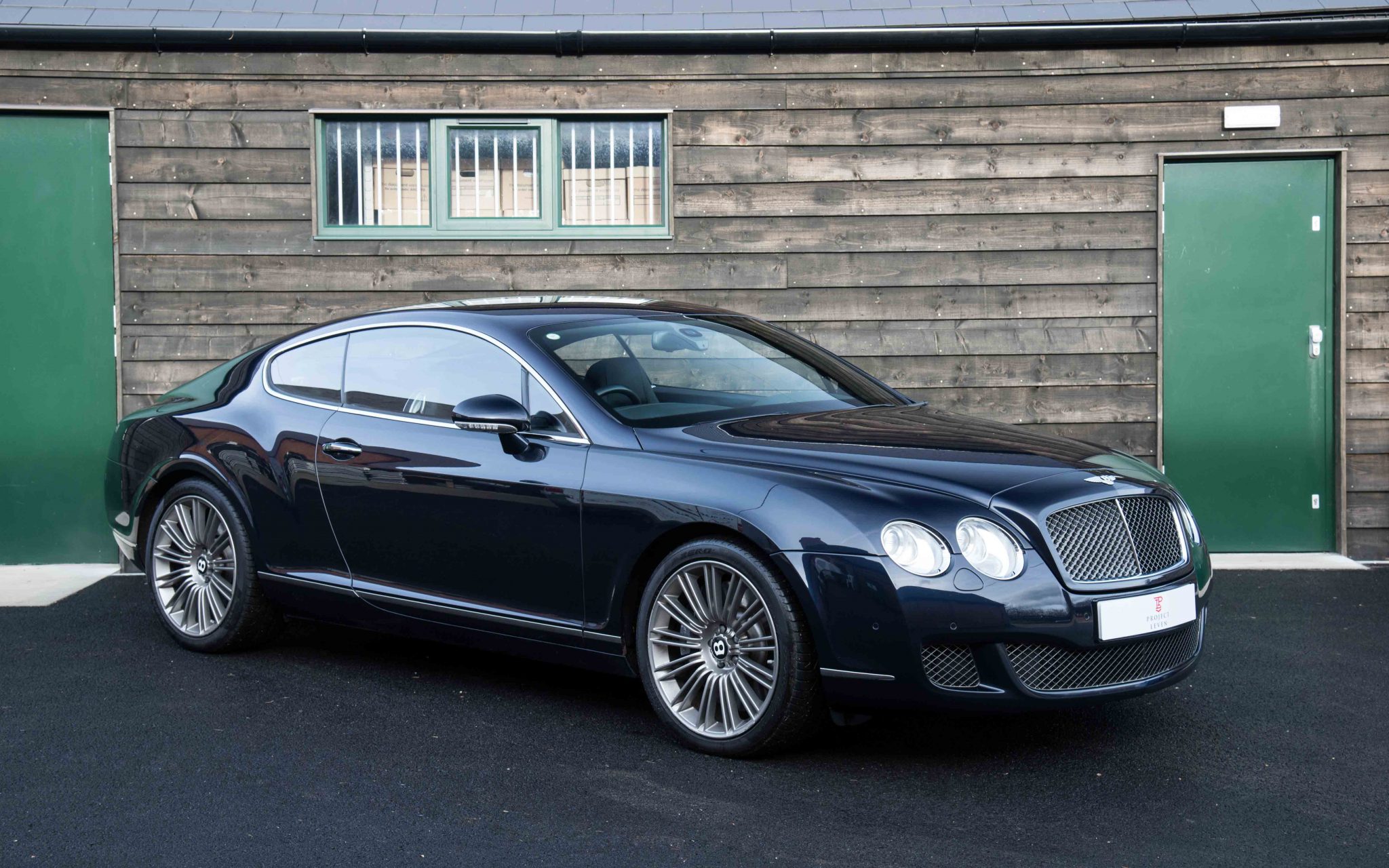 The Bentley Continental was revealed to the world in 2003 to universal praise and subsequent success, launching the brand to a younger and much wider audience. This paved the way for a succession of various ‘Super GT’ models that are still being relaunched and updated today.

In 2008 we saw the first GT Speed variant which came with the Mulliner driving package as standard along with increased power, weight reduction, sportier suspension and improved aero that all add to the Speeds noticeable allure and performance above the standard GT.

We are pleased to present a beautiful 2008 example finished in Dark Sapphire with Beluga hide and piano black veneer along with exceptional specification that is supplied with a GT Speed. This preciously owned Speed comes complete with all associated books and a Full Bentley service history at the following intervals.

This 2008 Continental GT Speed is an exceptionally specified and maintained example of a 600 bhp Super GT that represents extreme value in the market today. This is an opportunity not to be missed!