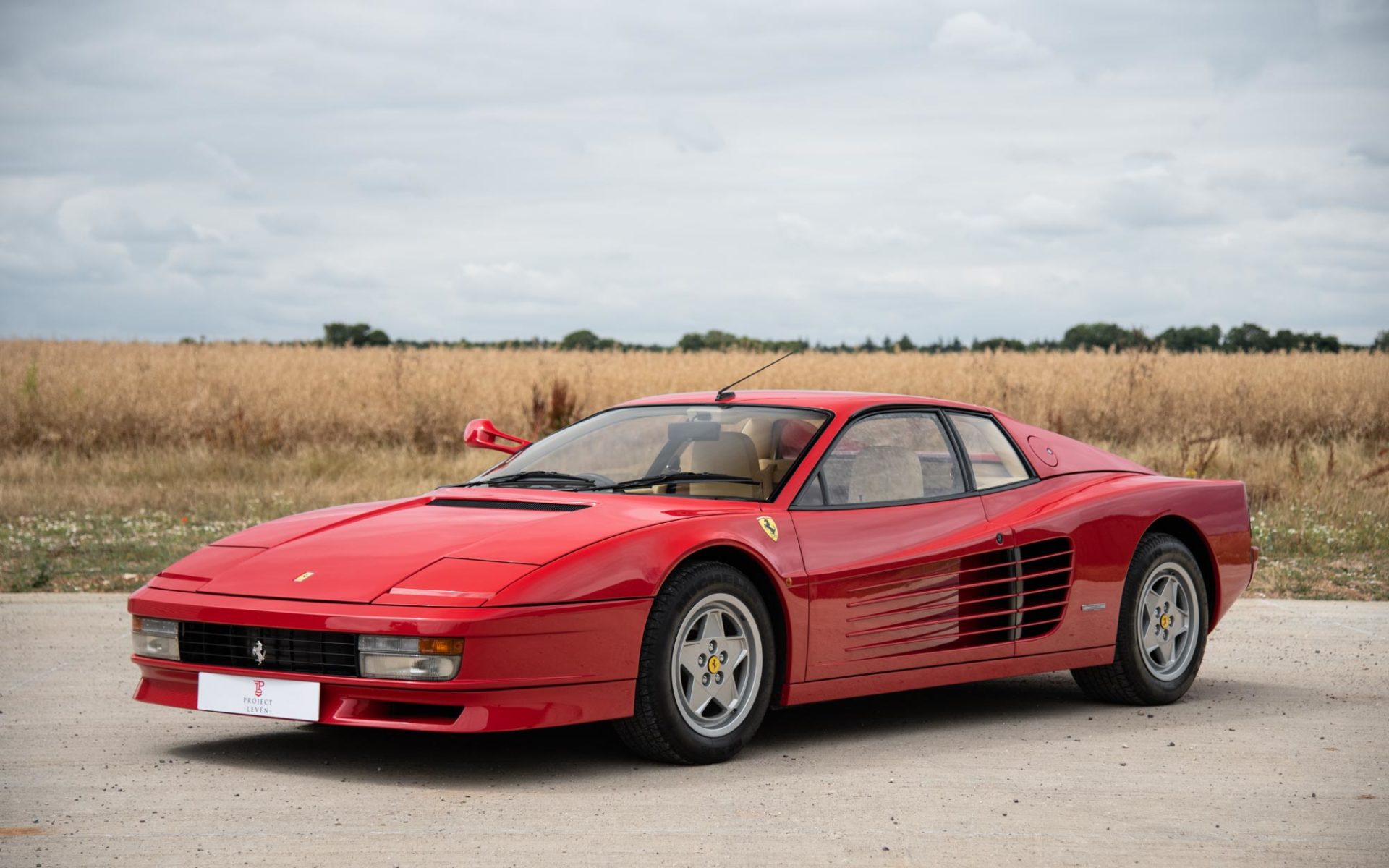 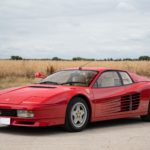 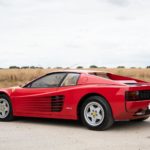 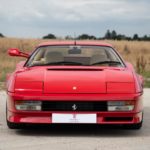 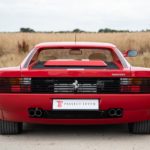 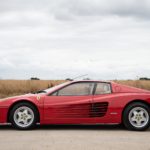 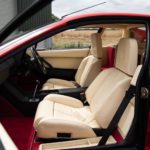 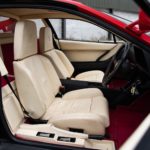 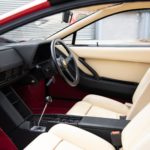 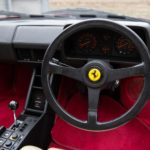 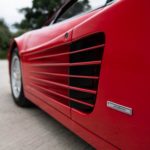 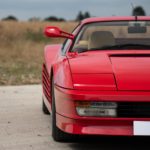 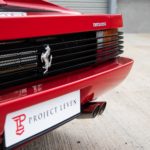 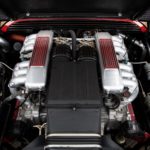 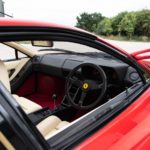 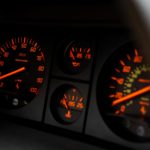 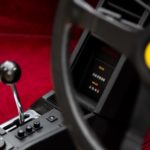 Revealed to the world at the 1984 Paris Motor Show, the Ferrari Testarossa instantly become the poster-car of a generation and took the fight squarely to the Lamborghini Countach. Continuing from the success of the Boxer-generation flat 12s, Pininfarina had created one of the most iconic designs of all-time; one of drastic form, but also function.

A significant increase of power to 380 bhp from the outgoing 512 BBi, the Testarossa had the capability to hit 60 in less than 6 seconds with a substantial top speed of 180 bhp. This incredible performance formed the purpose of the ‘cheese grater’ side skirts on the Testarossa; one of the car’s most striking and instantly recognisable design features.

The interior also benefited from significant upgrades on the outgoing Boxer, mainly revolving around a greater finish and more space for both passengers and luggage, to allow this V12 supercar to also be used on Grand Tours in great comfort.

At its launch, the Testarossa was presented with a single wing mirror mounted to the driver’s side screen pillar. Known as the ‘Monospecchio,’ these early production Testarossas were only made for 2 years and have become the most desirable variant in the market today. From 1986, the design was adjusted with twin-mirrors installed, now mounted more conventionally on the front wings.

The car we are offering is one of these highly desirable Monospecchio Testarossas; a beautifully presented UK-supplied example finished in the strongest combination of Rosso over Crema. Having covered just 24,000 miles from new and being complete with its original books and tools, this Testarossa is one of the finest examples available today.

A car we have previously supplied and known for many years, this Testarossa has enjoyed an extensive servicing history with Ferrari main dealer and recognised specialists throughout its life. The file is also complete with numerous MOTs and detailed ownership history; it is one of the most detailed files on an 80s Ferrari we have encountered.

Supplied with a fresh service and recent cambelt change, this Testarossa presents extremely well in all areas; a true reflection of the low mileage it has covered in just over 30 years. The wheels on the car were changed in period to the later ‘five-bolt’ style, due to tyres being unavailable in the specific size at that time. However, single-nut wheels are now readily available and can be fitted to the car should the new owner require. The Monospecchio will always be the Testarossa to have, with this example one of the best available of Ferrari’s 80s poster car.